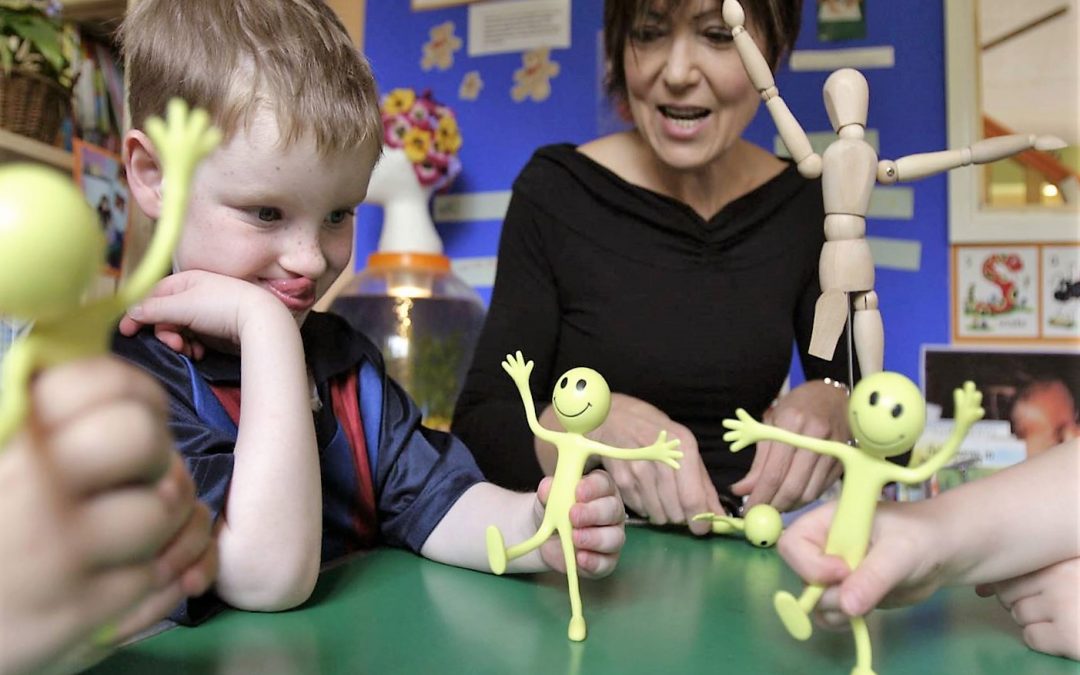 By Galina Dolya and Sue Palmer

He lived for only 38 years, but in his last decade (1924–1934), the Russian thinker Lev Vygotsky transformed the study of developmental psychology. His cultural-historical theory caused an explosion of interest in Russia, and inspired much original research by other psychologists.

Tragically, these innovative and inspirational ideas were immediately suppressed. For 20 years after Vygotsky’s death it was forbidden to discuss, disseminate or reprint any of his writings. In Stalinist Russia, suggestions for teaching children – indeed anyone – to think for themselves were not acceptable. Vygotsky’s works could be read only in a single central library in Moscow by special permission of the secret police.

After Stalin’s death Vygotsky was rediscovered by another generation of psychologists and teachers. When his work was first translated into English in the 1960s, the depth and scope of his educational vision dazzled academics around the world. American scientist Stephen Toulmin called him “the Mozart of psychology” and Jerome Bruner wrote that “Vygotsky’s theory of development is at the same time the theory of education”.

For teachers, Vygotsky provides a theoretical underpinning for effective practice. He identifies the key elements in successful teaching, learning and development – so that one says to oneself, “Ah, that’s why I’m doing it! That’s what’s happening inside the child’s head!”

Vygotsky believed that true education is not the mere learning of specific knowledge and skills, it is the development of children’s learning abilities – that is, their capacity to think clearly and creatively, plan and implement their plans, and communicate their understanding in a variety of ways. He believed this could be done by providing them with a set of cultural tools for thinking and creating.

The key to human intelligence – the characteristic that makes us different from animals – is the ability to use various types of tools. Vygotsky claimed that, just as humans use material tools (such as knives and levers) to extend our physical abilities, we invented psychological tools to extend our mental abilities. These tools are the symbolic systems we use to communicate and analyse reality. They include signs, symbols, maps, plans, numbers, musical notation, charts, models, pictures and, above all, language.

Cultural tools are not inherited genetically. They are developed and preserved in our culture. Vygotsky believed that the purpose of education is to introduce children to the full range of cultural tools and show how to use them to analyse reality quickly and successfully. Children can then look at the world, as Vygotskian scholar Zaporozhets put it, through “the glasses of human culture”. Using cultural tools, children develop new psychological qualities, which we call abilities.

These are the mental habits people need to be successful in particular intellectual or creative fields. The better children’s grasp of the appropriate cultural tools, the greater their abilities in any field. The development of abilities leads to  a flowering of children’s personalities. They begin to plan and organise their own activities, openly express their point of view, provide non-standard solutions for problems, interact freely with other people and, most importantly, believe in themselves and their own abilities.

The use of language

The main premise of Vygotsky’s most famous work is the interrelationship between thought and that most universal of cultural tools – language. He maintained that thought is internalised language.

When small children are playing, they often keep up a running commentary on what is happening: “And now the train’s going round the tower, and it’s banging into the tower, and – oh no – the tower’s toppling down …”

Vygotsky calls this an external monologue. As time goes on, the external monologue is internalised as thought. (When dealing with a challenging situation, children and adults often find it helps to externalise their thoughts again: they begin “thinking aloud” to clarify what they are doing or trying    to understand.) The speech structures mastered by children therefore become the basic structures of their thinking.

This means that the development of thought is to a great extent determined by the linguistic ability of the child. This in turn is dependent upon the child’s socio-cultural experience – so one of the most important functions  of education is to facilitate the development of rich, effective spoken language.

One widely used term from Vygotsky’s writing is the zone of proximal development (ZPD). As contemporary Vygotskian scholar Nikolai Veraksa says, the ZPD is “the place where the child and adult meet”. Vygotsky believed that the role of the teacher in education is crucial.

In developing children’s abilities, teachers can guide them towards performing actions or tasks which are just beyond their current capacity. With such guidance, children can perform beyond their own ability – within certain limits. Vygotsky defined these limits as the Zone of Proximal Development, which he described as the “difference between the level of solved tasks that can be performed with adult guidance and help, and the level of independently solved tasks”. The most effective teaching is aimed at the higher level of the child’s ZPD, the edge of challenge. The ZPD defines the higher mental functions in a learner that are in the process of maturation, functions that will mature tomorrow but are currently in an embryonic state. They are the “buds” or “flowers” of development, rather than the “fruits”. Vygotsky maintained that conventional measures of educational achievement (for instance, test scores) characterise mental development retrospectively, while the ZPD characterises mental development prospectively.

The Vygotskian philosopher Mamardashvili summed it up: “The human being is a possibility.”

The importance of play

In his last lecture, Play and the Psychological Development of the Child, Vygotsky emphasised the importance of play during the early years: “Play also creates the zone of proximal development of the child. In play, the child is always behaving beyond his age, above his usual everyday behaviour; in play he is, as it were, a head above himself.

Play contains in a concentrated form, as in the focus of a magnifying glass, all developmental tendencies; it is as if the child tries to jump above his usual level. The relationship of play to development should be compared to the relationship between instruction and development.”

In play, children are involved in an imaginary situation, with explicit roles and implicit rules. For instance, when playing “families” they take on clearly understood roles and their actions are determined by those roles. This leads to a greater degree of self-regulation, the children’s actions being determined by the rules of the game. When involved in play, children’s concentration and application to the task are much greater than in academically-directed activities contrived by the teacher.

Vygotsky’s life’s work was continued by more than 12 outstanding thinkers, prominent Russian educationalists and developmental psychologists, including Leonid Venger, Olga Diachenko and Nickolai Veraksa.  Over a period of 30+ years, they extended and adapted Vygotsky’s ideas about learning and development in young children. Their work has led to the development of principles, curriculum content and methods, called Key to Learning, aimed at developing the cognitive, communicative and self-regulative abilities of young children (3- to 6-year-olds). The approach makes it possible to substantially increase the developmental effect of education and its influence on the development of cognitive abilities.