It’s a long story that started about 92 years ago. For now, let’s just say that this program originates from the breakthrough discoveries about teaching, learning and development of Russian thinker Lev Vygotsky and the discoveries of a team of prominent developmental psychologists in Moscow, when they were tasked with finding the secret to ‘giftedness’. Galina Dolya, with her years of classroom experience, Professor Nikolai Veraksa and their team of experts converted those foundations into a complete developmental curriculum – for 2.5- to 7-year-old children. The program is called Key to Learning because that’s exactly what it is.

The article below, written by UK education specialist Sue Palmer, tells more of the fascinating story of how it all started. 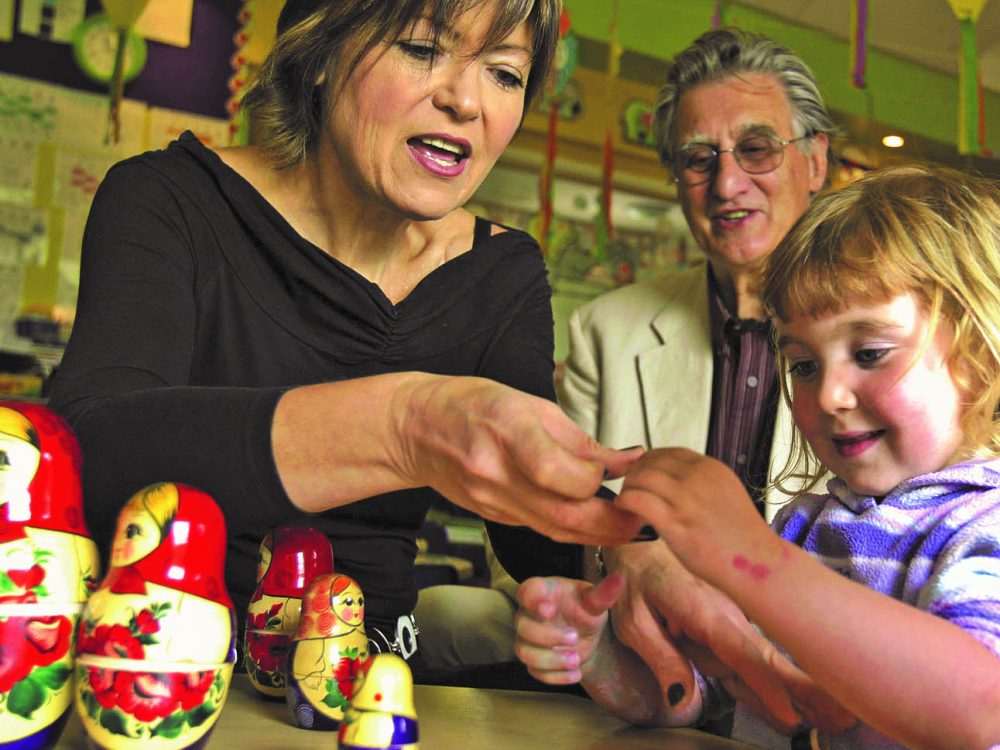 Sue Palmer reports on a revolution in early years education:

When a north London secondary head travelled to Russia in search of new ideas for his school he made a discovery that changed his career.

Moscow, 1988. Perestroika. The work of Russian psychologist Lev Vygotsky, suppressed for half a century, can be freely studied at last. A group of academics who have secretly continued Vygotsky’s research into thought and cognition set up the Eureka University to spread the word. Teachers come from all over Russia for intensive two-week courses, so excited by the new freedom of thought that they study each day from 7am, and stay up talking until 2am.

Among these teachers is Galina Dolya, headteacher of a Moscow school. She attends every meeting, every course, and immerses herself in Vygotskyan theory and practice. “It was like a drug,” she says. “Sometimes it was painful to reflect so powerfully on how you teach, but it was so exciting, we couldn’t stop.” Eventually, Galina is awarded the status of Merited Teacher of Russia, the highest pedagogical honour, and invited to join the team at Eureka University.

England, 1988. The introduction of the national curriculum. David Higgins, headteacher of Chace community school in the London borough of Enfield, is also reflecting on education, and feeling anything but excited. There’s something missing in his school, and he fears it’s missing in many other schools too. “There was no buzz of learning,” he says. “The bright children worried me most. They went to lessons, did enough to keep the teachers and parents happy, but, on the whole, school was somewhere they didn’t want to be.”

Mr Higgins joins a curriculum development group in Enfield, which, led by their inspirational director of education, Gordon Hutchinson, decides to find out how they do things in other parts of the world. Which is how, in 1993, Mr Higgins finds himself travelling to Moscow for a Vygotskyan conference at Eureka University.

“I soon saw the effects of Vygotsky-based teaching,” he remembers. Ms Dolya, thrilled to meet an English speaker, telephones her class of 12 and 13-year-olds and invites them to school for a “conversation lesson”. It is the middle of their summer holidays, but 18 out of 21 turn up. They question Mr Higgins for two hours in English – asking about Sherlock Holmes, London buses and telephone boxes – and sing and recite in English. “They were really enjoying themselves. It was so different from the kids at home. This was the spark I’d been looking for.”

One technique at Eureka was ‘fishbowl teaching’. Three hundred observers would watch teachers at work, then discuss methodology. Mr Higgins, asked to show how English secondary education worked, dressed a group of Ms Dolya’s children in school uniform, and put them through a typical school day: assembly, sociology, drama, maths, physics and a meeting of the school council.

“The children spoke English all day,” he says. “They would’ve put my sixth-formers to shame. And, again, they were so keen to learn. By this time I was sold on Vygotskian methods – I wanted to bring them to England.”

The decision changed his life. He knew that, given the English educational system, it would be difficult to change teaching practices at secondary level. “Galina’s people were teaching learning, while we in Britain just teach knowledge. It’s nowhere near as motivating, and pointless really, because you can get more up-to-date knowledge in a more exciting medium from a computer, but that’s how we do it and it’s what Ofsted inspects.”

The only way forward seemed to be to develop a Vygotskian approach for very young children, before the national curriculum set in. “Brain development up to the age of five is critical, so if we could turn children into able, confident and enthusiastic learners at the start, it should be with them for life.” Mr Higgins set up a nursery within his school in 1994, originally for teachers’ children, and invited Ms Dolya over on a three-year contract to run it.

For a couple of years they operated a private nursery within a state secondary school, but Mr Higgins soon realised that there was a fresh challenge to be faced. He wanted to help Ms Dolya develop and write a Vygotskian teaching programme for English preschoolers. He took early retirement in 1997 and used his savings to set up a nursery in Wheathampstead, Hertfordshire, with Ms Dolya as headteacher. So for 10 years, in constant contact with a team of prominent Russian researchers, she has been developing the course, now entitled Key to Learning. Her co-author, Nikolai Veraksa, is professor of psychology at Moscow Pedagogical state university and makes frequent trips to England to monitor children’s progress.

Vygotskian theory holds that, just as we use physical tools such as spanners and cranes to increase our control over the physical world, we also use mental tools to extend our ability to think and communicate. Key to Learning identifies these mental tools and sets out to develop them in a systematic way.

It works on the premise that the tools (concepts, symbols, diagrams, models, plans and, above all, language) are not genetically inherited, but a product of human culture. With carefully structured and supported teaching and learning in the early years, all children can be equipped to use them and to succeed in formal education. Ms Dolya says her programme creates the conditions for “minds to open, for learning to become a pleasure, and for creativity to flourish”.

Mr Higgins managed the financing of the nursery – called Shining Eyes and Busy Minds – taught himself publishing, and made some powerful friends in the world of early education. For instance, Sir Christopher Ball, chancellor of the University of Derby and author of the Royal Society of Arts’ Start Right report on the importance of early learning, says: “The initiative has implications for the nation as a whole. I’ve visited pre-schools all over the world, but Shining Eyes and Busy Minds is outstanding. I do not believe I’ve seen a better one.”

As a literacy specialist who’s spent the past few years working in early years, I, too, am impressed. The levels of language and cognitive skills displayed by the children are remarkable. In an environment rich with opportunities for child-initiated learning, all children also have two daily small-group sessions, carefully structured to develop a wide range of skills and learning styles. The approach is imaginative and the children are highly motivated to learn. This being a private nursery, the children are, of course, from fairly privileged backgrounds, but the methods, skilfully applied, should work just as successfully on all children.

Perhaps, if those in charge of our educational system see the huge advantages of a Vygotskian approach to early learning, Galina Dolya’s name could one day rank alongside Montessori and Froebel, a key figure in early years education. And Mr Higgins should be remembered too, because Key to Learning is truly the result of a partnership: two teachers from different cultures brought together by their love of learning. 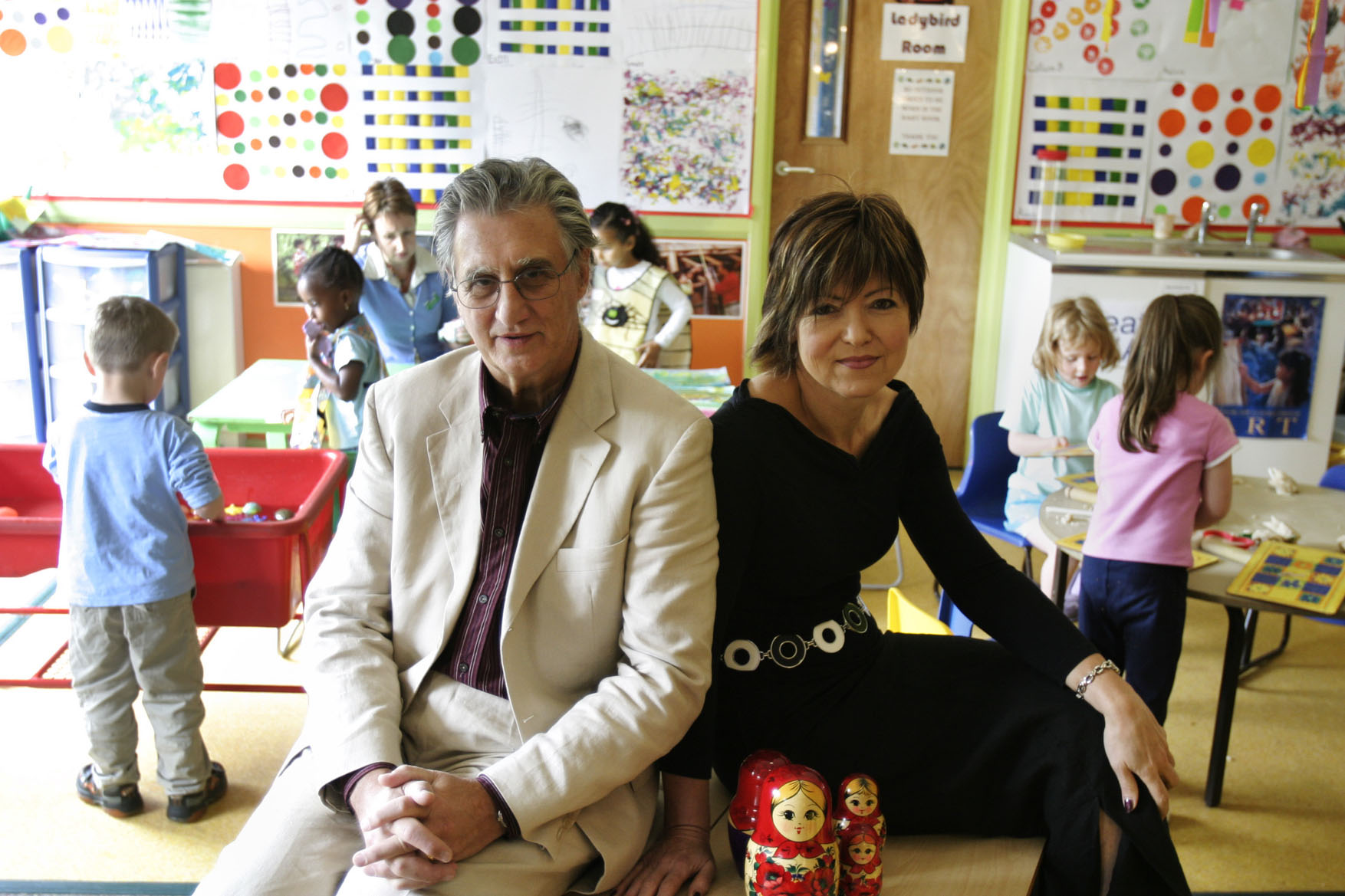